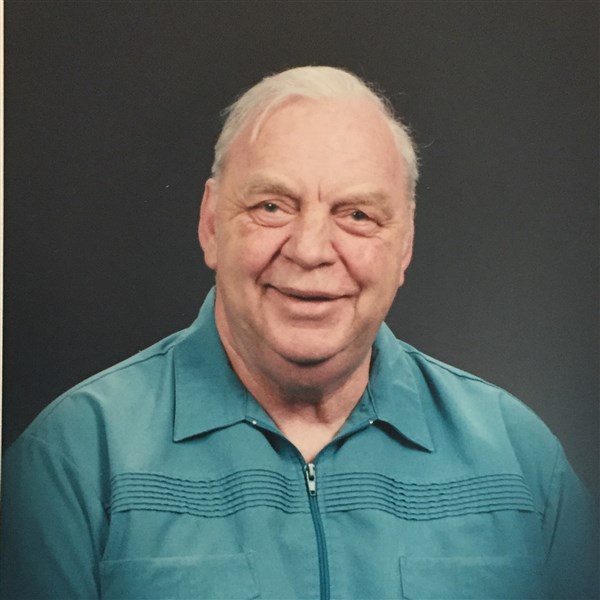 Dwight H. Rennison, 79, of Havana, went to heaven at 6:05 p.m. on Friday, March 18, 2016 at Unity Point Methodist Hospital in Peoria. He was born August 30, 1936, in Havana, to Oliver P. Rennison and Mabel M. (Davis) Rennison. He married Barbara Alice Kolves on June 21, 1964. She died February 29, 1980. He married Myrna Faye Aten on June 20, 1982. She survives.
Mr. Rennison is survived by one son, Chris Rennison of Springfield, one daughter Angie (Andre) Vorties of Decatur and five grandchildren, Isaac and Caleb Rennison of Springfield, Jabrea, Josiah and Jamiah Vorties of Decatur, several cousins from the Jerseyville area, Sylvia Darr, Roger Carroll, Mary Kay Camp and David Carroll.
Dwight was a 1954 graduate of Havana High School. He graduated from Spoon River College in 1972 and continued his education at Illinois State University, receiving a Bachelors in Education in 1974.
Right after high school, Dwight worked at the Main Market in Havana. He was in the US Army from 1959 until 1962. Following his armed service, Dwight worked as a message teletype clerk at TrueValue Hardware and Caterpillar. He retired from the Illinois Power Company – Power Station in Havana in 1996, after nineteen years of employment.
In his free time, Dwight had an interest in model railroading. He enjoyed supporting his children in their sports and musical activities and watching baseball and basketball on TV.
Dwight battled Parkinson’s Disease and other health issues for 17 years. His attitude was always positive, and he remained as mobile as possible until his final days.
Dwight was a member of the Central Christian Church in Havana. He also attended Saturday evening services at the First United Methodist Church in Havana.
Funeral services will be held at Hurley Funeral Home in Havana on Saturday, March 26, 2016 at 11 a.m. with visitation one hour prior to the services. Burial will follow the services at Laurel Hill Cemetery in Havana. Rev. Jame Hahs will officiate.
Memorial contributions may be made to St. Jude’s Children’s Hospital. Online memorial messages may be left for the family at www.hurleyfh.com.
Hurley Funeral Home in Havana is in charge of arrangements.