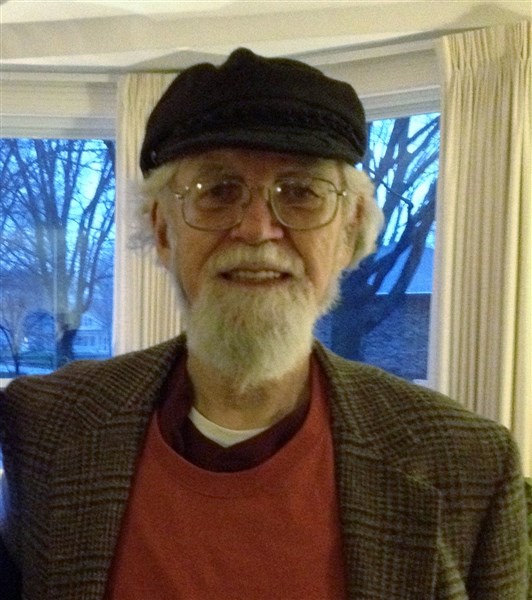 Richard H. Morris Sr. , 78, of Lincoln passed away on Thursday, February 4, 2016 at the Symphony of Lincoln Nursing Home in Lincoln.
Richard H. Morris Sr. was born on October 21, 1937 in Havana, Il. the son of Earl S. and Corena Stover Morris. He was united in marriage to E. Elizabeth Power in 1962.  She preceded him in death on November 19, 2011.
Surviving are his two sons: Mark (Donna) Morris of Lincoln and Rick (Kelly) Morris of Los Angeles; one sister: Elaine (Ivan) Ray of Lincoln; four grandchildren: Alyssa, Alexis, Zach and Richard Morris III.
Richard was preceded in death by his wife, parents and two brothers.
He graduated from the Havana High School and Chicago Art Institute.  He served in the United States Army.  Richard retired from the Peoria Journal Star Newspaper  as the Art Director for 30 years of service.  He is a member of the St. Paul’s Zion Lutheran Church in Havana and Lincoln Elks Lodge # 914.
Funeral Services will be held on Monday, February 8, 2016 at 11:00 a.m. at the Peasley Funeral Home in Lincoln.
Visitation will be held from 10:00 a.m. until 11:00 a.m. on Monday at the funeral home.
Burial will be in Lucas Chapel Cemetery in rural Lincoln with Military rites accorded by the Lincoln American Legion Post # 263.
Memorials may be made to the Alzheimer’s Foundation.
Funeral arrangements are entrusted with Peasley Funeral Home of Lincoln.